David E. Cohn, MD, MBA, FACHE is the Chief Medical Officer at the James Cancer Hospital and Solove Research Institute at The Ohio State University. In this role, he oversees the medical practice across the hospital and all ambulatory locations. He is a professor in the Department of Obstetrics and Gynecology (a role that he has held since 2001) and maintains an active clinical and surgical practice.

Dr. Cohn is a member of the OSU Comprehensive Cancer Center, where his research focuses on early detection of ovarian cancer and the genetics of endometrial cancer. He has authored over 250 scientific papers and holds two patents for his discoveries.

When asked why having an FACHE was important to him, Dr. Cohn shared that he “pursued my FACHE to expand my foundational knowledge about hospital administration and to provide an additional network of physician and non-physician hospital leaders. The FACHE benchmark is an important personal achievement demonstrating my commitment to service, and also ensures accountability for lifelong learning.”

Dr. Cohn’s interest in quality, patient safety and value all align well with ACHE’s central goals of improving health for patients, hospitals, health systems and the community at large.

Outside of ACHE, Dr. Cohn is actively involved in Pelotonia – an annual biking event that raises money for life-saving cancer research at the OSUCCC-James. He also enjoys spending time with his wife, Karen, their two children, and his two dogs – Ellie and Maizey. 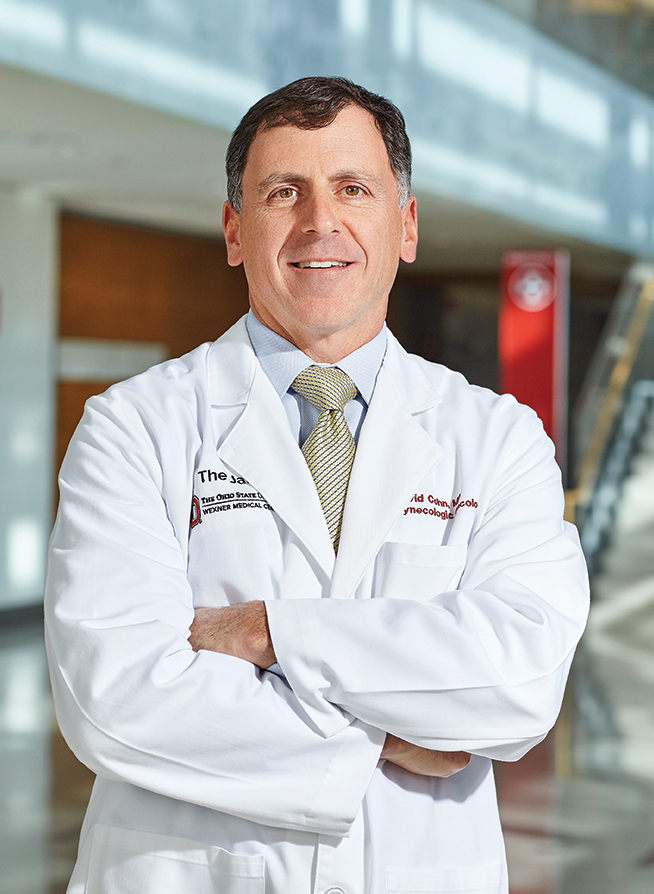